Here are some images from Hamish. His unit was in Borneo in 1966. 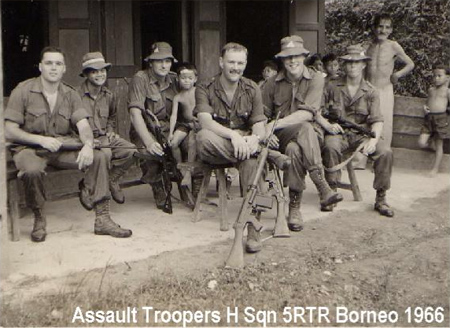 Hamish is in the front row, sitting and wearing a jungle hat
- if you can't spot him, follow the sights of the SLR! 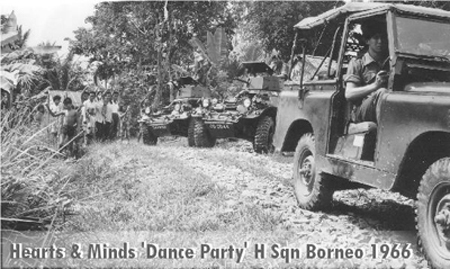 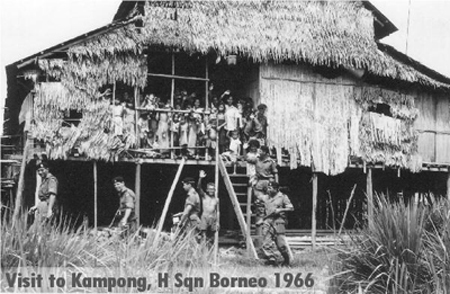 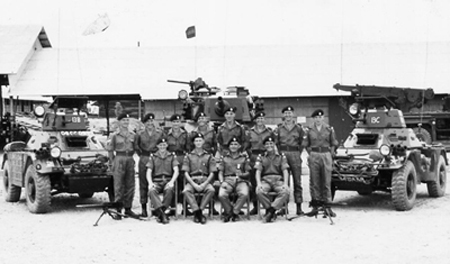 One of Hamish's mates took this picture in Penang recently: 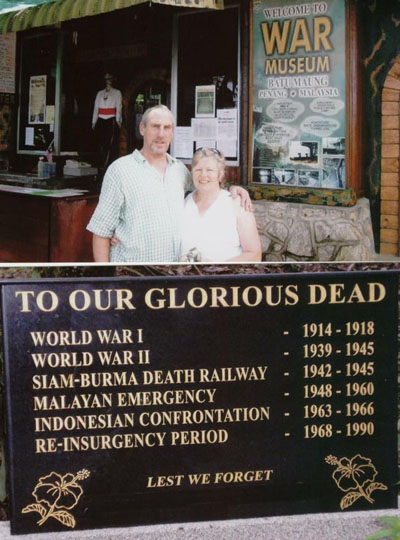 Comment =We of the water transport unit probably took you to Borneo. We took so many units over there Once we even took a whole shipload of toilet paper about 150 tons of the stuff. We dont believe for one moment that they were that scared as to need it all. But who were we to argue with those in the know? The following trip we took about 240 tons of ammo to Borneo probably to make amends for the previous blunder. We surveyed quite a few of the rivers there. but those in the know forgot that the rivers changed very frequently. What was a fairly deep river one day was suddenly found to have great big sand bars the next. which we found to our discomfort when we hit them at full ahead at about 10 knots.

We also managed to block the main road at Kutchin when we hit the ramp going too fast -the bow of our ship ended up across the main road. We could not get off and, as the tide went down, the stern was under water but with the aid of a few large army dozers we were pushed off at the next high water.

I'm sure that we could all write a book about the thing we saw and did. But i liked my time there and I will always remember it. Trevor

Comment =Hi Hamish. I was the MEDIC that went with you to Borneo in 1966, I was also the "Barman" at the TUCK SHOP and, if you can remember, I also went off on my own, without an escort, to a helicopter that went down, and "Scotty” and CPl Schute had to chase after me.

I was also there at the Kampong Party. Also went to another "Hearts & Minds” run, and we all had a great time playing FOOTBALL in BOOTS as the natives played BARE-FOOTED. Can you remember them??

I wish I was a lot younger again, and was back in those old days, but I can still see the "Virgin Soldier" in us all. Please contact me if you will as I would like to contact a few more "Old Comrades". Till then … keep fit and well and FEAR NAUGHT to All... JOHN (Ex 5 RTR HQ Sdn.(Medic)).