The Structure of the HD Committee

The Committee on the Grants of Honours, Decorations and Medals (aka the HD Committee) advises The Queen on matters affecting Honours and Medals. How it fulfills that function is set out in a letter to George from William Chapman, the Secretary for Appointments at 10 Downing Street - he represents the Prime Minister on the Committee. Mr Chapman is joined by the most senior civil servant from the three most important government Departments.

Here is the letter. William Chapman's explanation is not provocative. He was offering help. It is included here only to help us understand who we are writing to (the addresses are further down the page - please write, and as often as possible, they are there to listen, allegedly): 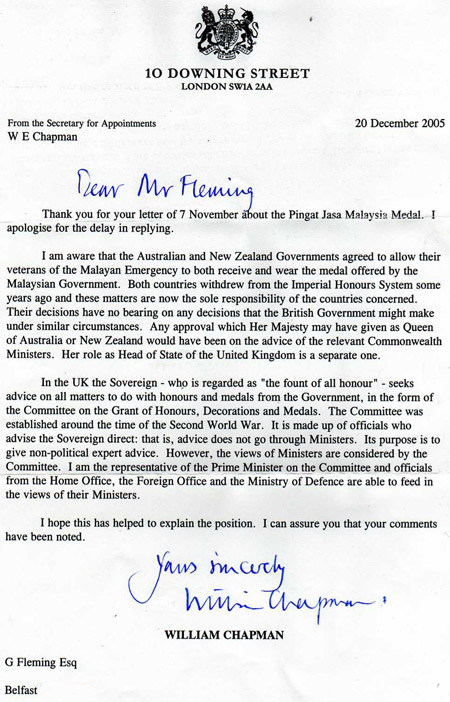 Here are the addresses of the HD Committee so that you can write to them to lobby for our cause. They will, we are sure, look forward to receiving your letters. They are public servants and part of their job is to listen to you.

We suggest that you cut n paste an address or, better still, download them all from the text document at the foot of this page then cut n paste the addresses into your letters.

When the document is displayed, simply save it to your computer. Why not create a PJM folder and keep all your PJM papers in one place?